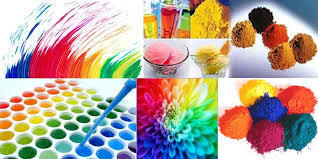 Driven with perfection, we are engaged in trading and supplying a wide stock of Solvent Dyes. Known for their soluble nature in non-polar medium, these allow versatility and many uses. Extensively used for foil printing, printing inks, marking pens, ball point pens, these are procured from our vendors in compliance with predefined industry standards under the supervision of professionals. Checked on various stringent parameters at our modern unit, these Solvent Dyes can be availed in varied packaging options.

What do you understand by Solvent Dyes?

Solvent dyes have good solubility in the organic solvents, wherein they are used as solution. These dyes are used for coloring non-polar materials that are based on hydrocarbons. Some of these materials are hydrocarbon fuels, lubricants, organic solvents, plastics and waxes. Depending on various requirements, solvent dyes can be used as fuel dyes that are completely water insoluble. Further, its molecules are not prone to ionization since their polarity is zero or very less. There are some genetic solvents such as Solvent Red 26, Solvent Red 164, Solvent Blue 35, etc. In this category, Azo Dyes and anthraquinone dyes are also available, with the former one being red & yellow in color, whereas later one in of blue & green color.

These dyes are "soluble in non-polar mediums" and hence are considered as a versatile dye having multifarious uses. Their general use is in pyrotechnics industry and are also used to signal smoke. In the industries of industrial cutting and automotive, these dyes are used for coloring the lubricants. In addition to this, plastic industry has maximum use of solvent dyes. Herein, these are used for imparting colors on various solid material like acetates, acrylics, nylon, PETP, PMMA, polyester, polystyrene, PVC and styrene monomers.

Most number of solvent dyes find use in the domain of 'biological stain manufacture' wherein these are used as component for creating stains which identify a series of cell structure. This is an important part of scientific research and medical diagnostics. Apart from this, other uses of solvent dyes are: